Why A Cavity Wall is Important and its Advantages and Disadvantages. 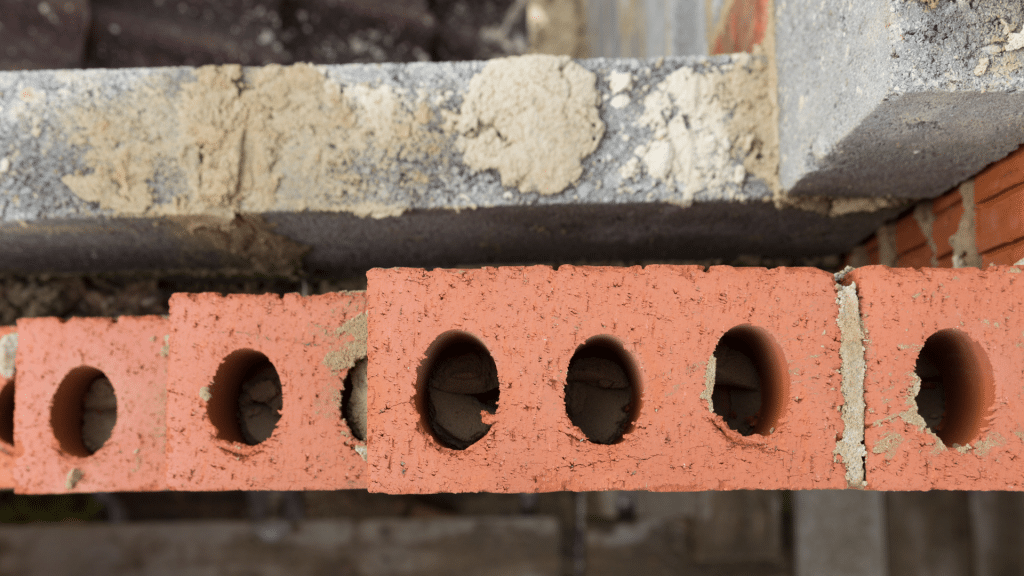 What is A Cavity Wall?

A Cavity Wall is a type of wall construction, where there is an empty gap or cavity left between two layers of brickwork, it is also known as a Hollow Wall. The gap between the two layers of brickwork known as the inner leaf and outer leaf. In modern constructions the gap is there to be filled with Cavity Wall Insulation (CWI), insulative material. This is done during construction, rather than it being injected like when it is retrofitted. The construction of buildings with cavity walls were first introduced sometime in the 19th Century and became widespread by the 1920s.

Initially they were built without insulation, and they were slightly smaller, cavity size is usually between 4 to 10cm. However, there are a lot of cases of homeowners having CWI retrofitted. From the 1970s insulation in the cavity became standard and by the 1990s building regulations made it compulsory in new buildings.

In a Cavity Wall, the two skins of brick are held together with what is known as a Wall Tie which are usually made from metal. They used to construct with ties made from mild steel, iron or copper, however these materials were prone to corrosion and wall tie corrosion was first noticed during the 1960s. Moving forward from this they began to use stainless steel as it is less prone to corrosion, this keeps the structural integrity intact for longer.

The walls were initially designed and built to prevent problems with damp. The cavity is there to stop moisture entering the inside of a building and helps built up water and moisture to drain back out of the wall again through the use of weepholes. These are small gaps in the external wall’s pointing that allow the water to drain out of which are positioned usually every 1 meter on the external leaf.

Solid walls differ significantly, as they handle moisture in a very different way due to bricks being porous it is fairly easy for the moisture to travel from the external to the internal wall creating a penetrative damp problem, so to combat this the walls have to be a lot thicker meaning they cost more to build. They also are less efficient as they don’t provide much heat or sound insulation because there is not the presence of an air gap in the cavity.

You should know that CWI can create a damp problem, can contribute more so to an existing damp problem or speed up the process of wall tie failure. This is usually due to the wrong type of insulative material being used in the cavity as the material is not letting the wall breathe and dry up excess moisture. The materials acts as a ‘bridge’ and carry the moisture to the internal wall creating a damp problem, however more modern natural materials can now be used that allow the wall to breathe more.

For some people Cavity Wall Insulation can be very beneficial, reduction in heating bills and keep your home warmer for longer. Problems can however arise from retrofitting cavity wall insulation or if you have had it fitted previously you may already be facing problems. In most properties the cavity is supposed to be a cavity so filling that gap with CWI material can end up contributing to a penetrative damp problem.

If there is a reduction of air flowing around the cavity meaning moisture will struggle to dissipate. Also if the insulative material becomes saturated it will hold moisture near to the internal leaf and it will act as a bridge for moisture to travel across the cavity, again contributing to penetrative damp problems. Not only this but it could lead to moisture being sat near the flooring joists, leading to floor rot and then floor failure.

We have also seen a lot of cases of cowboy installers who have bodged jobs installing CWI, and because of this there are a large number of people who have ended up with a home that is less efficient as the CWI hasn’t been fitted properly and gaps with no insulation have been left in the wall, leading to cold spots that then contribute to condensation spots on the internal wall.

It can also cause problems if the building is steel or timber framed, as the cavity is again used to keep moisture away from the frame of the building. If this ends up being filled with CWI then moisture will be allowed to remain nearby and this can lead to rot and corrosion of the frame potentially leading to structural failure.

How can Housing Triage Help You?

If you have had Cavity Wall Insulation installed inappropriately and feel it could be causing damage to your beloved property then Housing Triage are here to help you claim operating on a “No win, no fee” agreement, helping you claim compensation against the removal costs of the CWI. A surveyor will provide an estimate of the cost of any works needed to repair the damage to the property and place it back into the condition it was in prior to the CWI being installed.

If you’d like to book a free survey get in touch now.