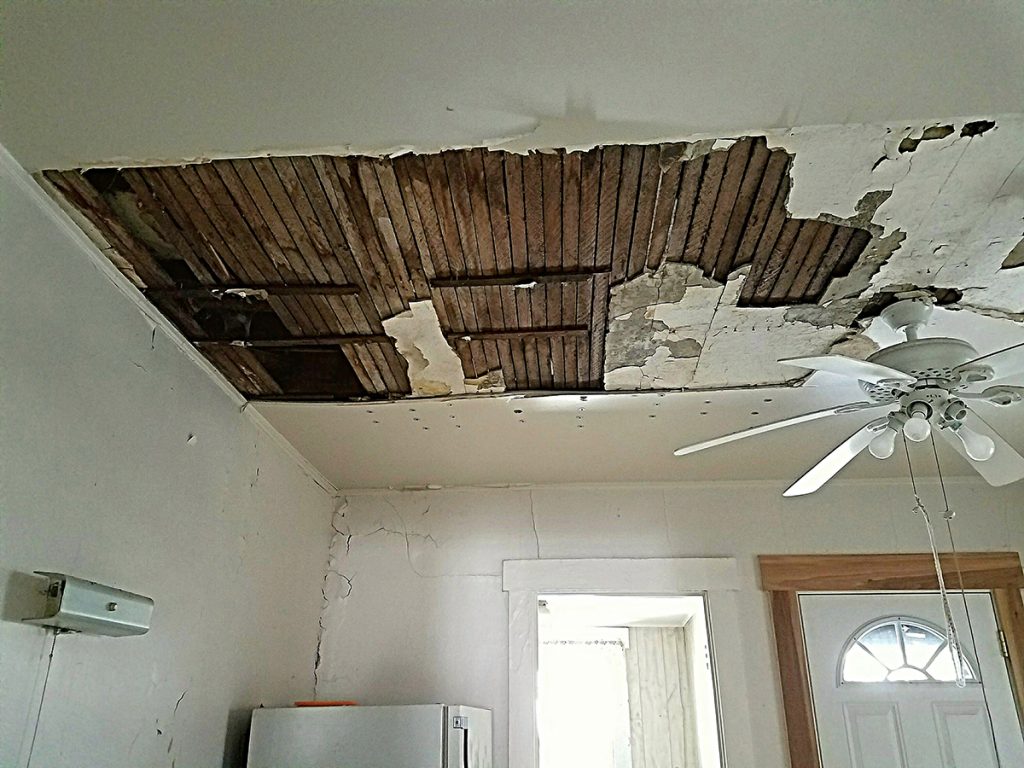 Has your home suffered damage from faulty cavity wall insulation (CWI) or Japanese Knotweed (JKW) encroaching on your home? You can make a removal claim Housing Triage, cover two types of claims that could be affecting your home, CWI which was inappropriately installed in many homes and now is causing problems with damp and mould. We also cover Japanese Knotweed claims, JKW is a controlled species of plant and if it has encroached onto your property from a neighbour or public land then you could claim as it is can be destructive to properties, it is also notoriously hard to get rid of.

What is Cavity Wall Insulation

CWI is when a cavity between two layers of brick work (internal and external) is filled with insulative material in order to make a home more energy efficient. The UK government pushed retrofitting of CWI as part of a ‘green tax’ scheme on household gas and electric bills to reduce carbon emissions.

The government grant meant money was up for grabs, cowboy installers began fitting it in homes that were never suitable as well as cutting corners in order to meet the targets, meaning thousands of homes have ended up with botched cavity wall insulation. This has led to problems such as damp and mould problems as well as wall tie failure, these problems can damage the home both visually and structurally.

What Can I Claim For?

If you have had CWI installed and it is causing problems such as damp walls, condensation, mould, and damages to walls and furnishings and inability to use rooms because of the problems. Also, CIGA (Cavity Insulation Guarantee Agency) cover installations for 25 years, so if the company who fitted it have no ceased trading you can still reclaim.

What is Japanese Knotweed

JKW is an invasive species of plant that was brought over to the UK in the late 1840’s, it gradually began to spread across the UK, it is classed as the UK’s most invasive species and it is believed an infestation of the plant can be found every 10km squared. Experts have estimated it costs the UK £166 million annually to keep under control, by means of destroying it or trying to control its spread.

It is a plant that is very hard to kill and keep under control, it grows very rapidly and is immune to being cut down as it will just grow back from very small amounts of plant material. It has no natural predators in the UK so is left to grow undisturbed. It is notoriously difficult to get rid of that is why specialist treatment is advised, it will usually come with a 10 year insurance backed guarantee which is obligatory if you are wanting to sell the property.

The plant grows so aggressively that it is known for being able to grow through cracks in hard materials such as, tarmac, concreate, brick wall and drainage systems; weakening any cracks that were already present, this is why it can be fatal if it is found growing near your home! So if you think you have spotted it then you need to act quickly. RICS (Royal Institution of Chartered Surveyors) use a scale to deem how bad the infestation is when your home is surveyed before the sale (See Page 16).

It also devalues homes, analysis calculates that on average it knocks 10% off the value of a property with it, based off the average house price this would be £23,530! However, the percentage of devaluation could be higher in some cases. Analysis suggests it affects 5% of properties in the UK which would equal around 1,450,000 homes, bringing the total deduction to about £34.12bn. It can also mean that getting a mortgage on a property where it is present can become difficult, however this depends on the severity of your infestation and how close it is to the property, if you’re selling you will need an insurance backed guarantee covering the treatment pan.

What Can I Claim For?

If you think that you may have seen Japanese Knotweed on or near your property or you’re unsure get in touch and we can help you identify whether you have an infestation. If it turns out, you have an infestation, and it has spread onto your property from a neighbouring property then you could be eligible for compensation as well as having the treatment plan for its destruction paid for.